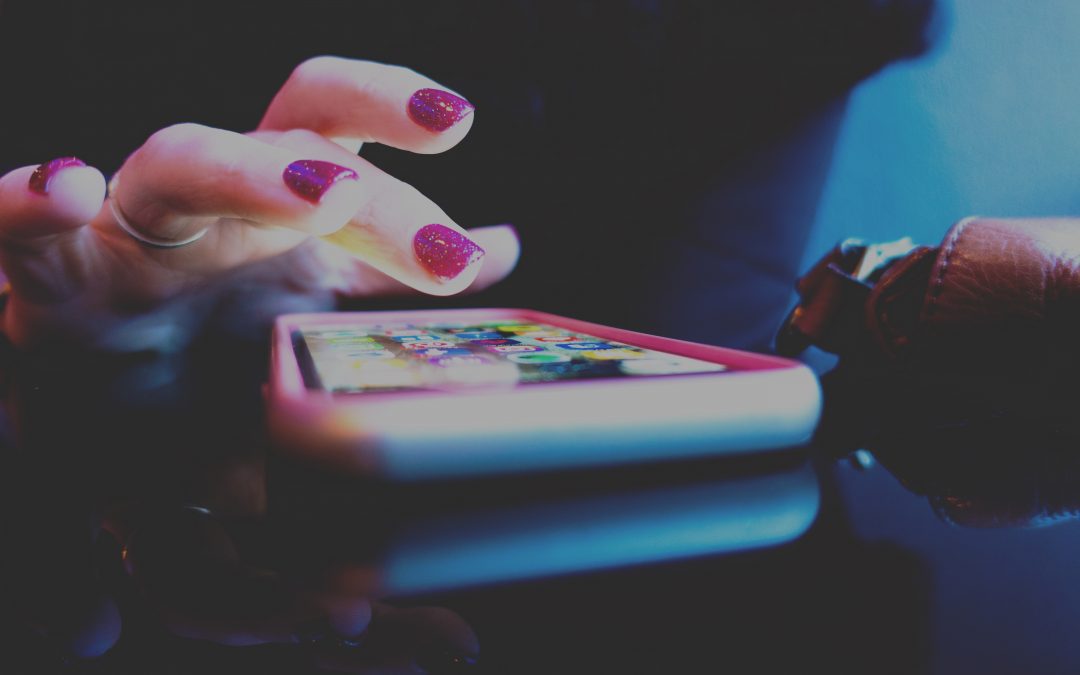 As I was trying to fall asleep, I was looking for hypnosis apps in the app store that might help but all their descriptions seemed insufficient and vague. Quickly realising the risks in this, I immediately researched to see the dangers in hypnosis apps and turns out, there are a lot you need to know about!

The National Institutes of Health dissected the world of hypnosis apps by examining 407 iTunes apps and found only 7% of those apps cited the hypnotist being a doctor with only 34% mentioning that the hypnotist was trained or certified. The more alarming finding is that none of the apps showed efficacy through scientific tests or basis of scientific evidence.

“At best, apps not supported by empirical evidence are misleading, at worst, unethical,” Sucala, PhD and her team wrote in their report.

Stay with me. This gets interesting.

The Dangers of Hypnosis Apps

The main danger in using apps for hypnosis is that none of them is tested or evidence-based. Largely, hypnosis should be used to improve mental health and something as important as mental health to be trusted on a mere app can be quite risky.

Of all the apps examined by Sucala, PhD and her team, the top 5 concerns the apps are claiming to be of help are on:

You’ll be surprised with what I found next.

Among all those, only 48% mentioned a theory as guidance in using the app. Within that percentage, only 40% mentioned hypnosis functioning to affect the subconscious mind, merely 31% mentioned neuro-linguistic programming, about 17% specified hypnosis to function through relaxation and suggestions while the rest used other explanations such as “changing cell memories, changing the DNA and changing theta waves”.

Even more, none of these apps is regulated by the FDA which means that none of them underwent any deep scrutiny in terms of specific effectivity or side effects.

Let me break it down for you.

In the absence of empirical support or medical professional to monitor and advise, hypnosis can be a dangerous tool especially if used in highly specified goals such as weight loss, confidence or any other mental health related issues. Since none of the existing apps seems to have been tested or declare evidences, they pose a problematic ethical danger for the general public.

At best, Sucala and her team (2014) found the apps’ guiding theory to be scientifically unsound. As a rule of thumb though, hypnosis apps must have supporting evidences along with clear hypothesised mechanism (David & Montgomery, 2011). There should at least be a randomised controlled trial to support the efficacy of these apps.

The truth will blow your mind.

Especially that apps are at closest reach in the advent of smartphones, the wrong app with no sufficient precautionary directions in the usage of hypnosis (i.e. not advisable while driving) might result in dangerous outcomes.

In fact, upon Sucala PhD and her team’s (2014) investigation on existing hypnosis apps, only 14% of these apps contained disclaimers in their description to which having only 35% of these to bear specification not to use their app as a substitute for a licensed professional, about 30% specified not to use the app while driving or operating heavy machinery, about 25% specified no dramatic results to be expected from the app and 7% mentioned that the developers are not licensed professionals.

It’s not all without a solution though, so read on.

Why not give it a try, see if hypnosis is right for you, its FREE and you can cancel anytime no questions asked

Hypnosis apps can be dangerous to use but it doesn’t mean there are no other solutions with the same amount of access and convenience. Since these apps lack professional backing, it’s better to look for alternatives on the web that has one. Trusted professionals with expertise and knowledge in the practice should have ample experience in the field along with the evidences that their methods worked before.

Let me explain further in detail.

It’s essential to check if the professional is accredited with the Australian Hypnotherapists’ Association to which you can find their directory here: https://www.ahahypnotherapy.org.au/find-a-practitioner/. For our international audiences, you can find hypnotherapists here: https://www.hypnosisalliance.com/imdha/imdha_find_a_practitioner_form.php. Also, always check if the hypnotherapist also has a fully functioning website with complete details about their clinic (if they have one), disclaimers, terms, details about their methods and transparent evidences of previous work.

If you’d like the full hypnosis experience with the peace of mind you’re using it safely as well as enjoy the convenience of being able to listen to it anytime and anywhere, some websites offer hypnosis MP3 singles and programs. However, there are a few things you must check first when choosing a website.

Give Awaecnan Hypnotherapy a Try

One reliable hypnotherapy website that offers the same convenience as other hypnosis apps but with products that are empirically supported and well-researched is Awaecnan.com. With a wide range of hypnosis products from confidence to depression to weight loss with accompanying testimonials of real results from actual people, Awaecnan is your next best solution.

It’s spearheaded by the CEO and Founder Jodi Clarke who has been widely known for her hypnosis practise that has helped numerous men and women inside and outside of Australia. With a certified Clinical Hypnotherapist at lead, Awaecnan boasts its vision to push boundaries in putting the mind at the forefront towards fully enriching our lives and making sure we’re living our best lives.

Some more words of caution.

When is hypnosis dangerous?

Without ample knowledge in using hypnosis, it could post various risks for your health. While hypnosis generally works for different people, it can however be highly dangerous for people who have psychotic and/or schizophrenic symptoms. It might trigger past trauma and unresolved issues from the unconscious which might worsen the symptoms.

In addition, it could also be dangerous for people with epilepsy which can result in potentially dangerous outcomes and scenarios especially if you live alone. If you want to use hypnosis apps on your own, you should have a healthy understanding of your current health conditions and visit a professional to seek advice. With the lack of tests to support efficacy and precautionary information of hypnosis apps, it’s highly recommended to avoid them altogether.

Are there hypnosis apps that really work?

According to the findings of Sucala and her team (2014), current hypnosis apps on the app store don’t have any empirical support or evidences of efficacy so proceed with caution. Since hypnosis is a highly personal experience, you might find apps that can work for you. However, all of them must be used with the utmost caution so as not to debilitate your mental health or affect you negatively in any way. Always seek professional advice first before undergoing hypnosis on any app.

Yes, self-hypnosis can be done as a healthy daily exercise. You can induce yourself to be in a relaxed state or if you’re having trouble doing that, simply download a meditation app you like that can put you in a trance-like state. When in trance, you can visualise your goals for any particular issue you want to resolve. However, as with any practice of hypnosis, always seek professional advice first.

Merb is Psychologist with a Bachelor's degree in Psychology. Before joining Awaecnan he was a former research assistant at Mindanao State University - Iligan City, Philippines. With a background in psychology, he’s been able to apply various cognitive and behavioural concepts through out his work. Merb has a knack in photography and recently discovered a newfound interest in fitness as he explores his wellness journey through hypnotherapy.

To Find out More about Merb connect with him on LinkedIn 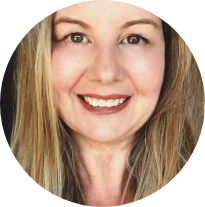 Leading the charge is Jodi Clarke, the CEO and Founder of Awaecnan who is also a Certified Clinical Hypnotherapist specialising in weight loss. Having studied at The Academy of Hypnotic Science, an Australian government accredited Clinical Hypnotherapy training academy, Jodi’s hypnotherapy skills are both effective and award-winning as she supports clients to achieve positive changes in their everyday lives.

Did you learn something valuable today or have you got something helpful we can add to this post?
Click here to write to us and let us know

END_OF_DOCUMENT_TOKEN_TO_BE_REPLACED 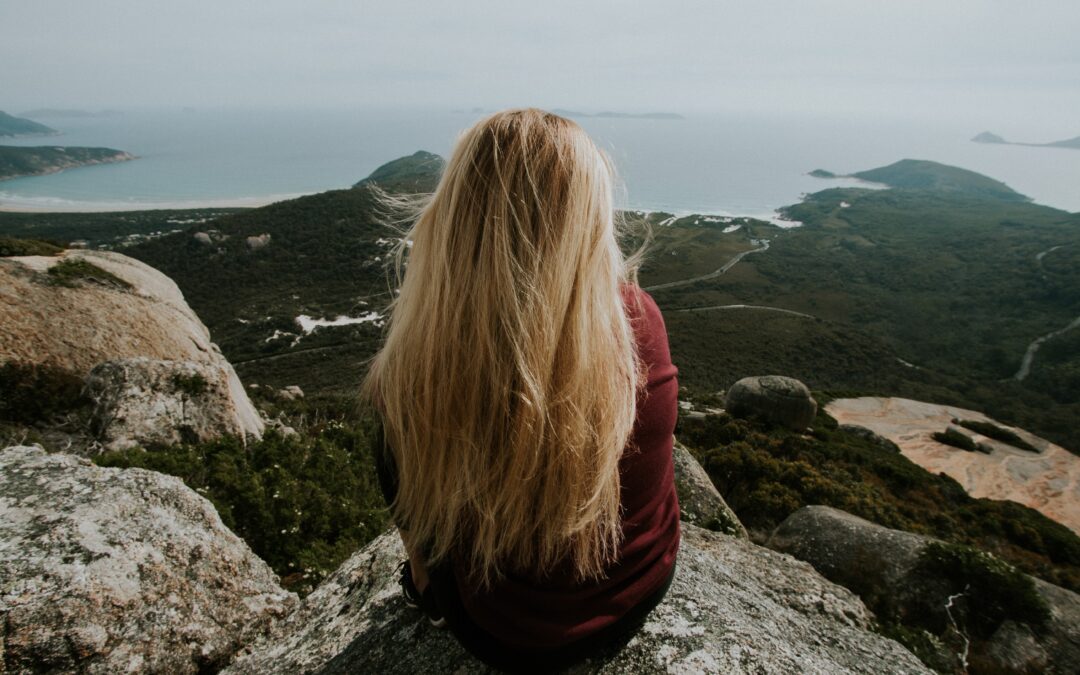 END_OF_DOCUMENT_TOKEN_TO_BE_REPLACED

Why Is It So Hard For Women To Lose Weight

Train your mind to crave healthy food while you sleep